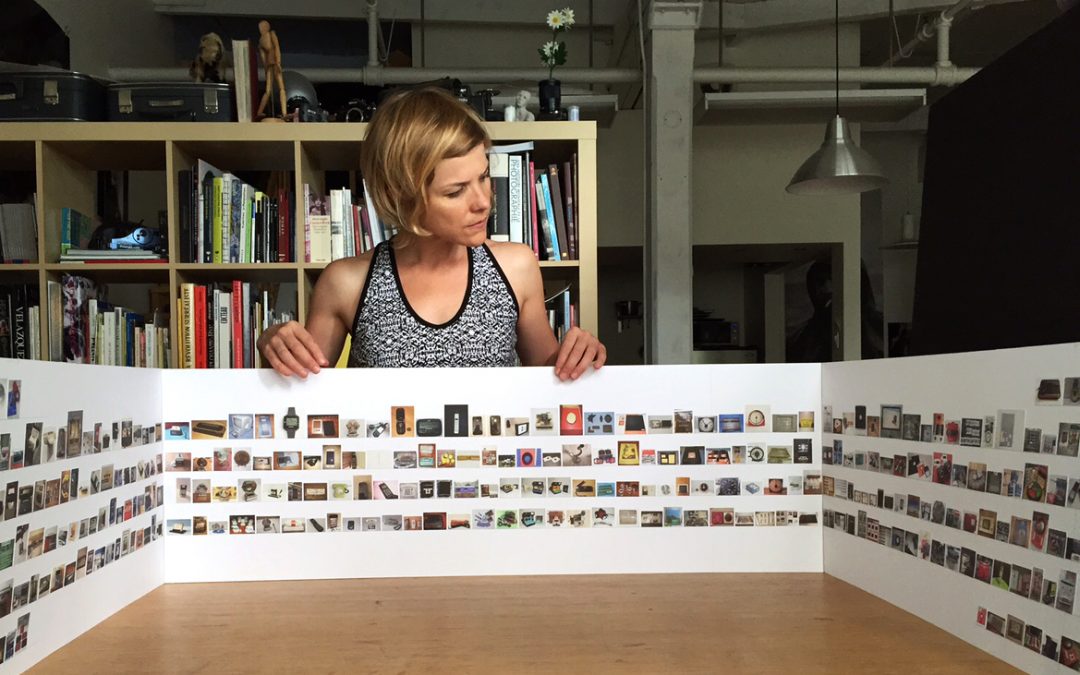 Galerie.a is thrilled to welcome Ève Cadieux. In over 20 years of active practice, she has developed a photographic process that proactively engages with viewers, settings, and context to create a wide-ranging body of work. A growing fascination with found objects and spaces as repositories of memory marks her work, and writing remains central in her installations and artist’s books.

Galerie.a will represent and promote many of Ève Cadieux’s iconic series including LES ANTRES, FEIRA – ALFAMA, and DES RESTES II. Also upcoming is a travelling version of TOUTES CES CHOSES, a retrospective of Cadieux’s work curated by Daniel Fiset and Milly-Alexandra Dery developed and presented at the Centre d’exposition de l’Université de Montréal in 2017. TOUTES CES CHOSES will be shown at Galerie R3 at Université du Québec à Trois-Rivières in fall 2019.

Available works by Ève Cadieux can be viewed on the Galerie.a website, and other projects on her artist website.

Montreal native Ève Cadieux has lived and worked in Quebec City for many years. She graduated from Université de Montréal with a Bachelor of Art History and Fine Arts, and a Master of Art History. In 2016, she was finalist for the Videre artists’ award for her VU gallery exhibition (PETITS) VESTIGES ANNONCÉS.

Ève Cadieux was coordinator and then artistic and executive director of the VU artist-run centre from 2002 to 2011. Today, in addition to her prolific art practice, she works as a curator and a college art teacher.