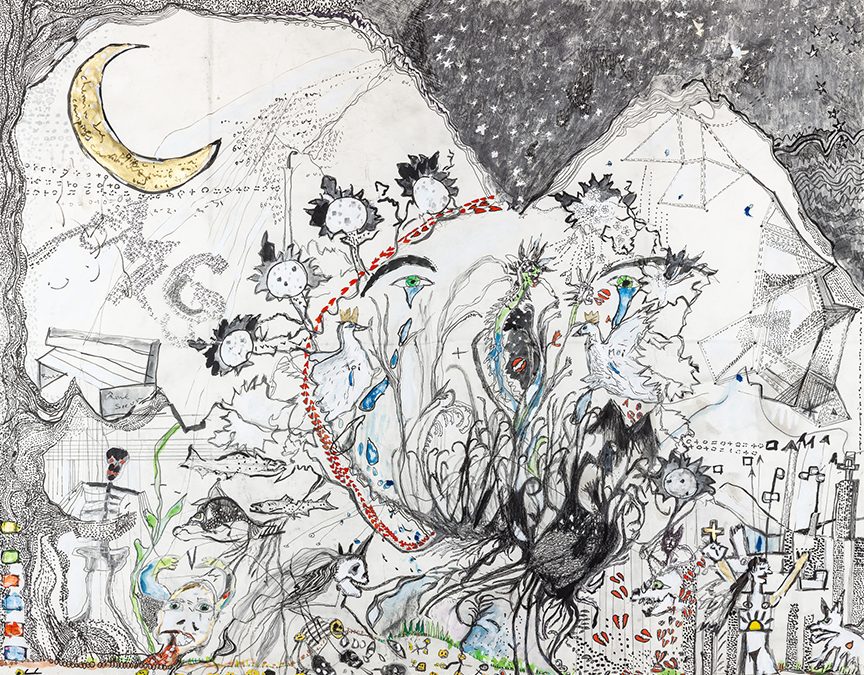 Quebec, April 1, 2020 – Galerie.a is pleased to announce that we will be representing the artist Josée Landry Sirois. It is an honour and a sincere pleasure for us to welcome this accomplished visual artist with more than 15 years of professional practice who has long played a vital role in our arts community.

Galerie.a eagerly looks forward to the first exhibition that will grow out of this new collaboration. In the meantime, we will celebrate by sharing her most recent works via a range of digital platforms.

While Josée Landry Sirois’s approach could be compared to an intimate laboratory for the detailed study of daily life, her inspiration grows out of deeper collective questionings and social concerns.

From the intimate to the universal, and the invisible to the macroscopic, Landry Sirois’s works are born of strangely familiar paradoxes and echo fantastical individual and collective stories.

She works on paper and sculpturally repurposes small, seemingly unremarkable objects gleaned from everyday life. The resulting work, in the form of drawings, collages, sculptures and other singular works of accretion, partakes of a tender strangeness.

In recent years, Landry Sirois has explored territories, ecosystems, and geographies in a series of drawings in which her increasingly obsessive use of line has come to symbolize life itself. The resulting assemblages bear the traces of the challenging paths that led to their creation; made with the castoffs of daily life – items like spent matches, candy wrappers, or pencil shavings – they construct a discourse on the fragility of physical things and the persistence of existence.

Born in Rimouski, Josée Landry Sirois has lived and worked in Quebec City for many years. She studied art at Université Laval, earning a BFA and a graduate certificate in artist book publishing. Her work has been shown widely in both solo and group exhibitions in Quebec and elsewhere in Canada. One noteworthy recent creation is Magnificat, a two-person exhibition with Paryse Martin as part of Manif d’art 8 (The Quebec City Biennial).

Landry Sirois is also has working with Quebec City’s Musée de la civilization on an exhibition examining the history of Quebec and particularly its marginalized populations.

Her work is held in numerous private and public collections including the Musée national des beaux-arts du Québec’s Prêt d’œuvres d’art (art loan service) and the BMO, Desjardins, and City of Québec collections.