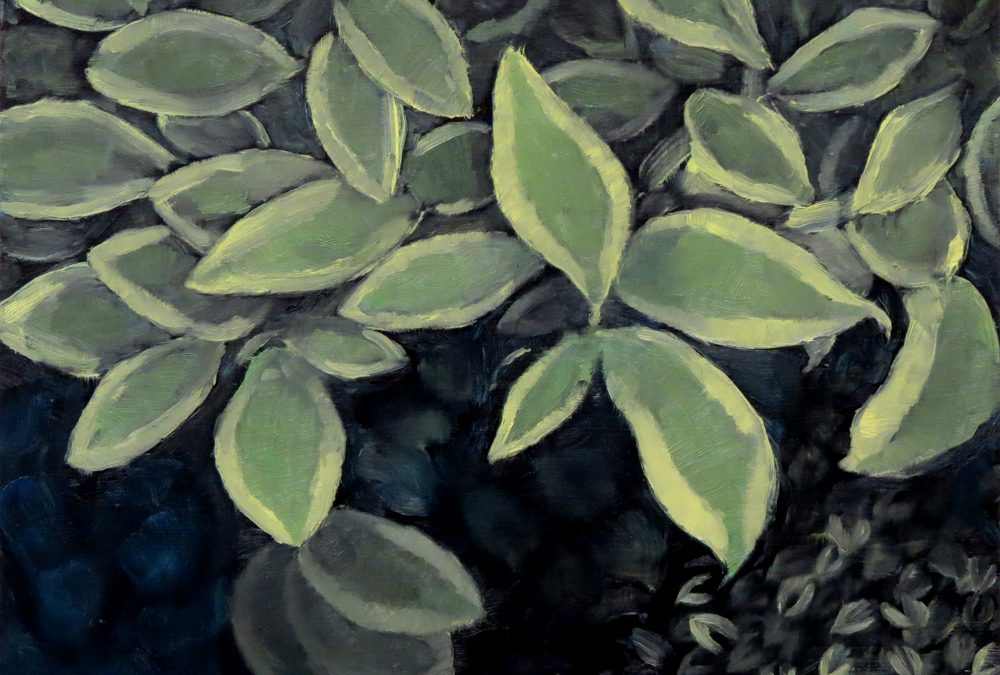 Free entrance Thursday through Saturday from noon till 5 pm

Québec, March 24, 2019 – Galerie.a invites you to the opening of the exhibition HAZARD by Montreal artist Justine Skahan.

Justine Skahan is interested in the construction of an image: both the process of building it as a painting, as well as how visual elements have come together or are falling apart. Her main interest in terms of subject matter runs in parallel to this: how we construct, decorate, and maintain our homes, and she considers this as a useful metaphor for emotional states and intimate relationships. She is particularly looking at suburban landscapes, sites that are either under construction or falling to ruin, and in in-between spaces where inside meets outside, private meets public, and “natural” meets human construction.

In her creation process, Justine Skahan sifts through dozens of images, testing out many iterations of them through painting. Her images are selected intuitively and come from personal photographs, television film stills, news sites, tourist websites, intentional and accidental Google results, imagination, and the edges of dreams. These images are often selected intuitively and might appear random or “au hasard” at first glance.

However, working by intuition, the artist provokes relationships by juxtaposing individual images and creating avenues of solutions, and meaning.

Justine Skahan was born in Montreal, Quebec, where she currently lives. She obtained her BFA from Concordia University in 2010 and her MFA from the University of Ottawa in 2016. In 2015, Skahan received the Stonecroft Foundation Scholarship to study in Venice, Italy, and in 2016 received the René Payant Award from the University of Ottawa. Her work has appeared in n+1 magazine and in Spectra Journal (Concordia University). She was a finalist in the 2016 RBC Canadian Painting Competition and has exhibited throughout Canada and internationally. She has participated in numerous residencies including at the Banff Centre in Banff, AB, and the Klondike Institute for Art and Culture (KIAC) in Dawson City, Yukon. She is represented by Galerie.a in Quebec City.